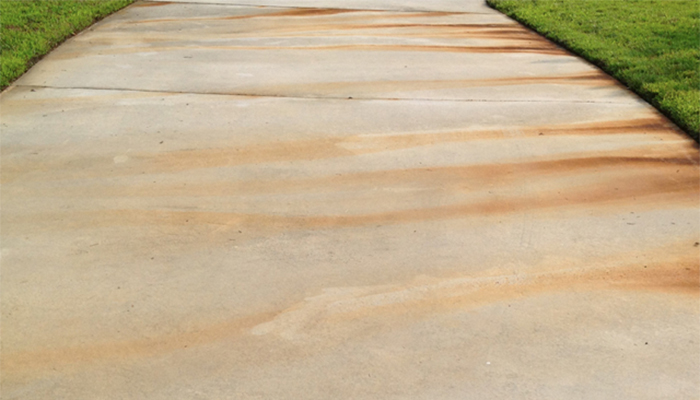 What Causes Rust Stains on Concrete?

Owning a home or business affords you a lot of freedom, yet there are also a lot of problems that you have to take care of. Rusting concrete might be on that list, if you’ve noticed rust spots popping up on your driveway.

If you want to keep your concrete looking nice, you’ll need to know why those spots are appearing.

Here are several reasons you may see rust stains on concrete, and some ideas for what to do about it.

Many types of hard rock are used in making concrete, including limestone and basalt. Granite can also make up concrete, but it’s not as common. Because they’re found near the limestone and basalt quarries, iron rock and other soft rock is allowed into concrete mixes, up to a certain threshold.

These types of rock are “soft,” because they absorb more water than hard rock. Concrete is porous, allowing substances in, but the iron rock can pop out of the concrete because it absorbs more water. Once it’s close to the surface, it’s exposed to weather, causing oxidation, or rust.

While concrete companies will offer to come and remove those soft rocks, fill in the holes, and repair the driveway, that can get expensive. It’s not a great solution.

In our region, most structures are built on a red clay.  Red clay gets its color from the oxidation of iron, as red soil has a super high iron content.

This iron will eventually escape the foundation, running onto concrete surfaces and causing rust stains.

Another culprit for bringing metals to your concrete is fertilizer. If you’ve had potted plants near the concrete, you may notice splotchy rust-colored stains near the area. That’s because the fertilizer seeps out when you water the plants, leaving deposits of minerals and metals on the concrete.

Those elements then oxidize, leaving rust spots behind and staining your driveway or sidewalk. Soft washing can help get rid of these stains, but they aren’t a problem for usability. The concrete is still safe and in acceptable condition.

What to Do About Rust Stains on Concrete

You can try homemade concoctions to help you get rid of the stains. Mixing lemon juice and vinegar together and adding a lot of elbow grease could help the stain fade. It won’t do as good of a job as a professional wash, however.

Harsh chemical options are also available, but they can be damaging to your health. They also seep into the grass and soil, which can be harmful to your home and family.

You might be tempted to pressure wash the rust away, but that’s not a good idea. The high pressure can cause serious damage, costing you more in concrete repairs than you’d have paid for a gentle soft wash.

If you like your driveway and sidewalks immaculate, you’ll want to get rid of rust stains on concrete right away. While they don’t cause problems with the concrete’s functionality, they are unsightly.

Opt instead for a soft washing process to get rid of the stains, rather than concrete repair or pressure washing. Request a quote today from Ethan’s Roof & Exterior Washing. 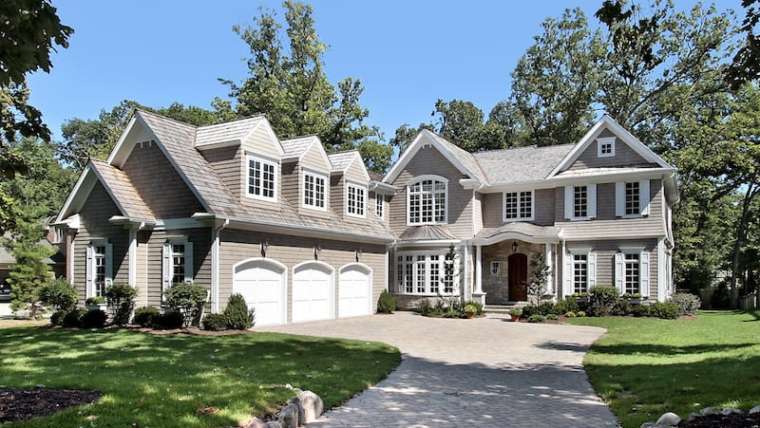 Tips from a Slidell Roof Cleaning Company: Why is Gutter Cleaning so Important?